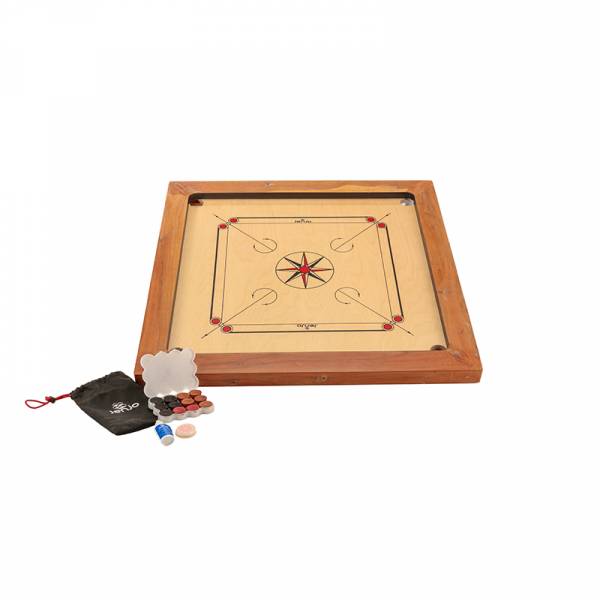 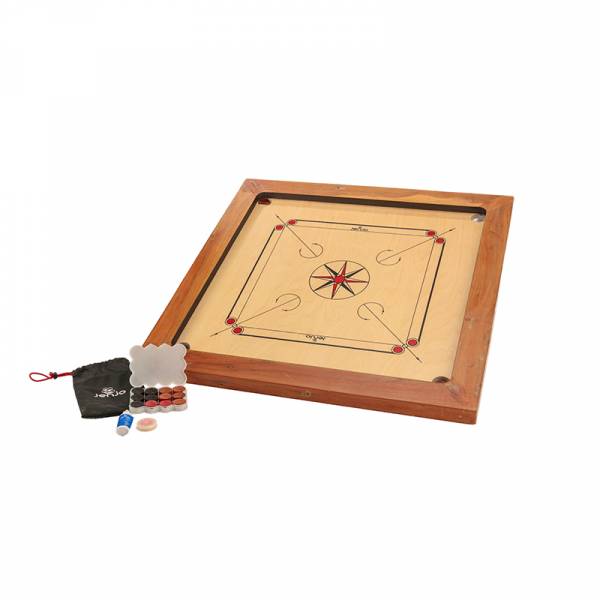 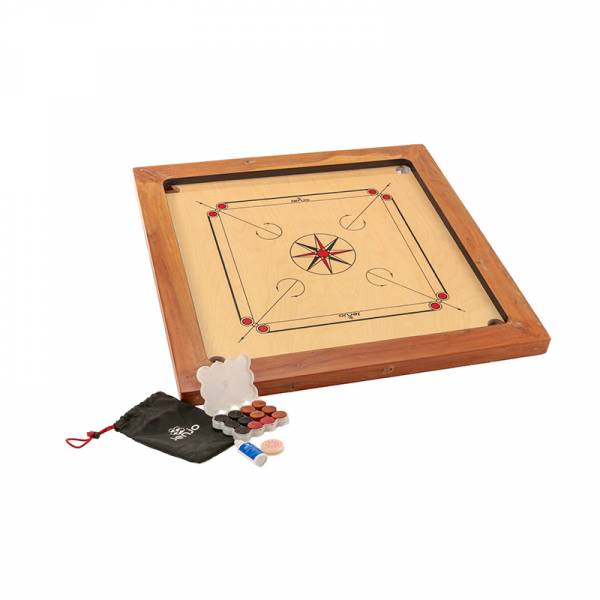 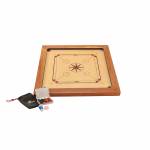 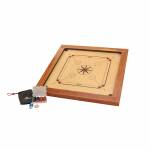 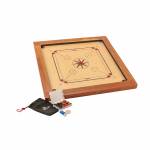 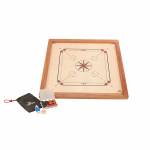 Carrom Championship is a strike and pocket table top board game. Carrom can be played by 4 players or 2 teams.

The aim of the game is to flick the striker with your finger to hit the tokens into any one of the four pockets. There are 3 different coloured tokens and each colour has a different value. Once all tokens are pocketed whoever has the most value in tokens wins the game.

Carrom is extremely popular across the world especially in Asia.

While our games are recommended for indoor and outdoor please ensure you bring your games undercover to get the longevity out of them.

Since players take turns to strike the coins, a turn may consist of one or more strikes as it depends on the player if he has scored a point or not. A player may also win by pocketing all of the pieces of their chosen colour first. However, neither player can win the game of Carrom Championship Set until one or another player has “covered the Queen”.  Also, to cover the Queen, a player must pocket one of her own pieces immediately after pocketing the Queen. If the Queen is pocketed but not covered, the Queen is returned to the board. Both players normally try to cover the Queen in addition to trying to win the game because a player who wins and also covers the Queen receives bonus points.

However, this being the traditional way of playing with Carrom Championship Set, there are also many other methods used around the world.

Unfortunately our courier drivers do not deliver to P.O Boxes. If you have an alternative address like an office or workplace we can deliver to this would make the process of dispatch run smoothly.

For any queries please feel free to Contact us.

Be the first to review “Carrom Championship Set” Cancel reply